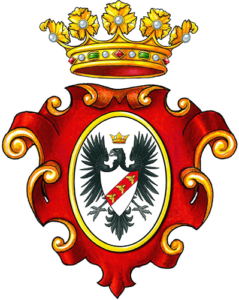 The municipality of Rio Marina is located on the eastern side of the island, the largest resorts are: Rio Marine and Cavo. 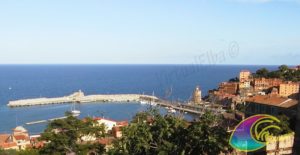 The village of Rio Marina is located in a small sea inlet surrounded by hills whose earth, red for iron oxide, reminds of its rich mining past.
In this area the mining of iron from the mines took place since the time of the Etruscans and was, along with fishing, the main activity of the inhabitants until a few decades ago.

Today Rio Marina is a seaside resort equipped for the needs of tourism. Its municipality was established in 1882, detaching itself from Rio nell’Elba of which, of course, it shares its history.
From the port there are connections to the mainland as an alternative to Portoferraio.

Places of historical and cultural interest are the Church of San Rocco, the Torrione del Porto and the Isola d’Elba mining park.
In the municipality of Rio Marina is the village of Cavo also reached by walking on foot that allows you to reach the impressive Tonietti Mausoleum.
Other villages are Capo D’Arco, Ortano and Porticciolo.
Administratively, the island of Palmaiola is part of the municipal territory.

Island of Elba mining museum
Open from April to October.
Here you can view the variety of minerals, about 1000 selected specimens, coming from different parts of the Elbe and visit the mines.
The island, in fact, from a geological point of view, is divided into 3 bands.
The western strip, where Mount Capanne rises, is mainly made up of granites, tourmalines, beryls, serpents and porphyries.
The median band is formed, in the East, of diabasi and serpentine; to the west, of quarziferous porphyry, alberese, granite.

Rio Marina The eastern strip, finally, presents a greater complexity of composition: the southern part of Monte Calamita and the piece of coast between Porto Azzurro and Rio Marina is composed of paleozoic micaschists, feldspar, quartz, tourmaline, marble, dolomites. In the area of Capoliveri there are porphyry and limestone masses; the northern part is richest in iron-bearing minerals such as oligistus, limonite and magnetite, there are also ardesian and coal shales, Permian sandstones and puddings, Mesozoic limestone.
The last iron mine on the island was closed in October 1981.

Church of San Rocco
This ancient oratory was built by the prince of Piombino in 1570. 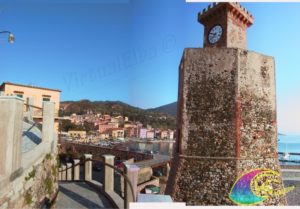 Tower of the Port
This tower with an octagonal base was built by Giacomo V Appiano in 1534 as a sighting and defense system.

Cable
This town is a fraction of Rio Marina, located in the extreme northern tip of Elba, at the foot of Monte Grosso.
It is a seaside resort, equipped for tourism, with a sandy beach that goes up to Capo Castello, where there are the remains of a Roman villa of the first century AD. and a beautiful cliff coast that from Capo Castello reaches Capo della Vita. The small port, as well as being the nearest stop for connections to the mainland, is equipped with water and fuel for pleasure craft.
Giuseppe Garibaldi was the illustrious visitor who, in 1849, traveling to the island of Caprera, made a brief stop at Cavo.

Tonietti Mausoleum
This unique Art Nouveau building that rises between the wild vegetation of the island was designed by the architect Gino Coppedè (Florence 1866 – Rome 1927) commissioned by the Tonietti family as a burial chapel.
The Tonietti were the first concessionaires of the iron mines of the eastern coast of Elba after the unification of Italy.
Among the works of Coppedè we remember the neighborhood of via Dora in Rome.