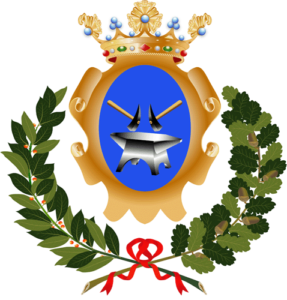 It is located on the slopes of Mount Capanne in the western part of Elba at 375 meters above sea level. It is one of the oldest settlements on the island, its foundation dates back to 35 BC.

To witness the ancient past there is, in Marciana, the Archaeological Museum.
The luxuriant vegetation, made up of holm oaks, pines and chestnut trees, and the cool climate give the area a mountain atmosphere although the sea is only 5 kilometers away

Excursions to Monte Capanne are possible on foot or with the cableway which is just outside the town.
Just 3 kilometers from Marciana is Poggio Terme where there is a source of oligo-mineral water with healing properties.
The whole area is full of vineyards from which excellent wine is produced.
Places of historical and cultural interest are the Pisan Fortress, the Church of S. Lorenzo, the Church of S.Cerbone and the Sanctuary of the Madonna del Monte.
Administrated by the municipality of Marciana are the localities of Procchio, Chiessi, S. Andrea, Patresi and Pomonte.

350 meters above sea level stands this village that has retained its medieval appearance, surrounded by forests of oaks and chestnut trees.
Not far from the town is the source of mineral water called Fonte di Napoleone because it was appreciated by the emperor during his stay on Elba.
This water is very indicated in the treatment of uricemia and calculi, and although the official recognition of the healing properties occurred at the end of the 40s, they were already known for centuries.
Today, despite the fact that there is a bottling plant, it is still possible to freely take water from a nearby fountain.

Archaeological Museum
There are preserved finds of prehistory and protohistory of the island of Elba. The museum is open from mid-April to mid-October and it is very interesting to see the numerous findings dating back to Etruscan and Roman times.

Church of San Cerbone
It is located on the road that goes from Poggio to Monte Capanne and was built in honor of the saint who in the sixth century retired here from Populonia to escape the persecutions of the Lombards.

Church of San Lorenzo
It is located on the old road that from Marciana goes to Marciana Marina.
This Romanesque church was destroyed by the Turks in 1554. Today it is a national monument.

Pisana Fortress of Marciana
It is located in the upper part of the country and its construction dates back to the era of the Pisan Republic. It was used by the population as a refuge during pirate raids.

Sanctuary of the Madonna del Monte
It is located on the northern slope of Monte Giove at 627 meters above sea level.
A place of worship since 1300, it was built in 1595 and after various reconstructions in 1799 it assumed its current form.

Capanne Mountain
This relief, with its 1019 meters of height, is the largest of the island.
It is located in the western area of Elba and can be reached from the town of Marciana either on foot, on paths marked by the C.A.I., or by gondola, running from mid-April to the end of October. From the veins of Monte Capanne, magnificent collectible crystals of tourmaline and beryl are extracted.