The history of Elba

Island of Elba » The history of Elba

The history of Elba from the Etruscans to the Romans

The history of Elba there are various theories and legends on the birth and age of the Island of Elba, we can say that various findings testify to life on the Island of Elba already in the Stone Age.
AETHALIA (flame), was the famous name by which Elba was known in the ancient world: the Greeks in the 5th century BC called it so for the flames that rose from the ovens in which the iron was cooked. It was precisely the large presence of this mineral that characterized the future events of Elba: everyone tried to conquer it in order to derive benefits and riches.

The first inhabitants of the island were the Ilvati, a Ligurian people from which the name that the Romans later gave to the island derives: ILVA. Then there is the presence of the Etruscans who exploited the iron mines on the island, then when the stocks of timber were exhausted, they moved to nearby Populonia. Unfortunately, very little is known about that period in the history of Elba, and very few traces remain of this hard-working people. However, it is said that the Etruscans declined with the defeat of the Carthaginians, his allies, in the waters of Cuma.

In the second half of 480 BC the Romans, attracted by the mines, conquered the Island of Elba, various testimonies of their presence remain: the most important are the villa of the caves in Portoferraio and that of Capo Castello in Cavo that demonstrate their love for beautiful and luxurious things. The last years of the Roman Empire remain shrouded in darkness: Elba however lost its economic importance when Rome took possession of other rich mineral deposits.

Elba and the barbarian invasions of history

Following the fall of Rome there were the first barbarian invasions and the first monks arrived: S. Cerbone , the best known, was established in the sixth century in the woods between Poggio and Marciana , where the Hermitage still exists. For nearly three centuries the island was subject to looting and devastation of all kinds by pirates. After the Lombards, the Saracens arrived in Elba and at that time infested the seas, also occupying some islands. Only the Maritime Republics carried out a sort of disinfestation of the waters. At the beginning of the year 1000 the Pisan republic was commissioned by the Pope to defend the island of Elba by the Saracens and settled on the island.

From that period are the numerous watchtowers on the island, which remind us of the history of Elba. However, the island was also tempting to the Genoese who after several invasion attempts managed to defeat the Pisans in the famous battle of Meloria in 1284. For many years Elba was the scene of their battles, until in 1398 Pisa was sold to Galeazzo Visconti and passed to the Lordship of the Appiani, princes of Piombino who remained for two centuries. The following years were characterized by continuous barbarian attacks, the most famous pirate was “IL BARBAROSSA” who at the head of the Turkish fleet destroyed the villages of Grassera near Rio and Ferraja ( Portoferraio ).

Elba Island divided between Spaniards, Appiani and the Grand Duchy of Tuscany.

In 1546 Charles 5, King of Spain, took the Elba from the Appiani and part of the island (the territory of Portoferraio) was sold to Cosimo 1 ° de’Medici, Duke of Tuscany, who in 1548 began work on the imposing fortifications of Portoferraio and called it Cosmopoli; the city was so well fortified that even the Saracen pirate Dragout was unable to sack it when he attacked the Island of Elba in 1553. In 1577, following the Treaty of London, the rest of the Island of Elba returned to the Appiani.

Elba disputed by the European powers

In the following centuries the history of Elba, due to its strategic geographical position , was the subject and field of contention between the numerous European powers. In 1603 Philip the second of Spain took possession of Porto Longone (Porto Azzurro) and built the two fortresses we see today: Forte Focardo and Fort S. Giacomo . The Island of Elba was therefore divided between the Spaniards, the Appiani and the Grand Duchy of Tuscany . The inhabitants of the Island of Elba suffered the vicissitudes of the continuous struggles between the conquerors until in 1802 Portoferraio was liberated by the English and the whole Island of Elba annexed to France.

Treaty of Fontainebleau l’Elba together with Piombino

With the French the Elban economy flourished, roads were built and maritime traffic increased. With the treaty of Fontainebleau Elba together with the Principality of Piombino had been assigned to Napoleon who hosted it from May 3, 1814 to February 26, 1815. At the Congress of Vienna, Elba was readmitted to the Grand Duchy of Tuscany, then it was united in 1860 to the Kingdom of Italy.

Until the end of the century it experienced years of great misery, but with the construction of modern iron and steel factories the Island of Elba had a notable economic and demographic development until the Second World War when, history reminds us, Elba was bombed and occupied by the Germans in 1943. In that period the Elbans experienced the violence, hunger and degradation that war entails. The main livelihoods of the island had been destroyed and the population was left only to emigrate, a movement that ceased in the early 1950s when Elba was discovered by tourism. Thus began the period of enhancement and reconstruction of the Island of Elba which, after many vicissitudes, will become one of the most popular destinations for tourists.

Roman Villa of the Grotte – Portoferraio 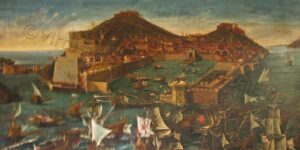 Knights of Santo Stefano, born to free the Mediterranean from the Barbarians and restore safety to navigation, Cosimo I, on ... 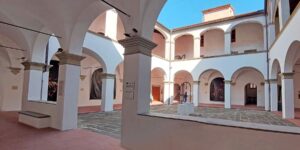 Franciscan Convent S. Salvatore of Portoferraio Convent of S. Salvatore and the small church of S. Cerbone; Elba was never ...

Who was Mago Chiò Magician Chiò in his white tunic, tied at the waist with an old rope. Who was ... 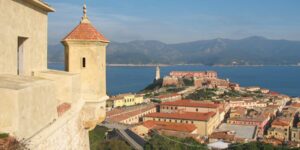 De Laugier lineage He descended from an ancient and noble family of Lorraine origin who came to Tuscany in 1739 ...

Request a free quote for your holiday on Elba