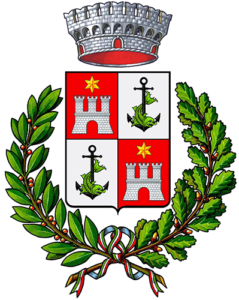 The country has been so called since 1947 when it was allowed to change the old name of Porto Longone that identified it with the penitentiary site in the Fortress of Longone.

The municipality of Porto Azzurro overlooks the Gulf of Mola, the largest inlet on the eastern coast of Elba with its well-sheltered harbor where ferries and tourist boats dock. This country of fishermen and farmers is today a renowned seaside resort.

About one kilometer from Porto Azzurro you can visit the Piccola Miniera, a small-scale reconstruction of a mine and its life inside.
Places of historical and cultural interest are also the Sanctuary of the Madonna del Monserrato and the Spanish Church Immaculate Heart of Mary.
Barbarossa and Mola are the main villages.

Also called the Fortress of San Giacomo, it was built by the Spanish architect Garcia of Toledo by Philip III of Spain in 1603. The star-shaped structure was inspired by the citadel of the citadel of Antwerp.

Sanctuary of the Madonna of Monserrato

The sanctuary is located on an isolated hill, about 1 kilometer from Porto Azzurro, it was built by the Spanish governor Pons y Léon in 1606 for the cult of the Black Madonna that in Spain is venerated in the sanctuary of Montserrat.

The Little Iron Mine
Following the provincial road to Rio Marina, after about a kilometer, you reach Pianetto, where you can visit the small reconstruction of a real mine.
On board a train, a 250-meter route takes place in an armed tunnel and the main stages of mining life are observed from the extraction activity in its various phases to its product in the great variety of minerals on display.


Contact the structures directly to get the best offer.