Municipality of Rio in Elba 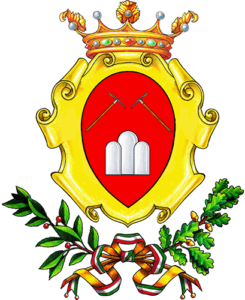 The municipality of Rio nell’Elba, famous for its iron mines dating back to the Etruscan age, was the mining center of the island until the closure of the deposits. The town of Rio Elba is perched on a hill about 170 meters above sea level, on the north-eastern side of the Elbe. 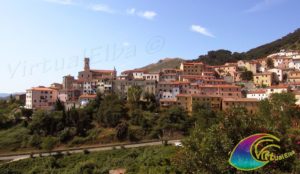 Among the oldest countries of the island, with origins in the Bronze Age, it preserves numerous traces of its past and among these there are also marine archaeological finds.

A large variety of minerals is exhibited in the local People’s Museum of Rio. Other places of historical and cultural interest are the Volterraio Castle, the Parish Church of S.S.Giacomo and Quirico, the Oratory of S.Caterina and the Church of the Holy Trinity. The islet of Cerboli is part of the municipal territory. 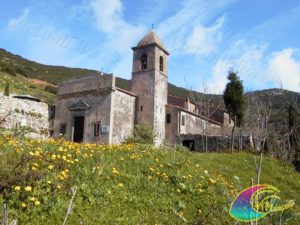 This small 16th century sanctuary with a hermitage is located on the road to Nisporto near the ancient Grassera, a medieval village destroyed by the Turkish pirates in 1500.
Easter Monday, the day in which the apparition of the saint is celebrated, is the custom of eating dried figs as a sign of devotion. 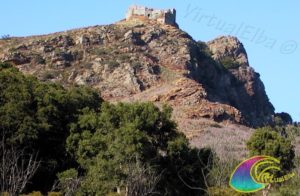 This Pisan fortress dating back to the eleventh century was built on the ruins of an Etruscan acropolis. Perched on a cliff 380 meters high overlooking the bay of Portoferraio. Si reach along the road that connects Rio Elba to Magazzini.