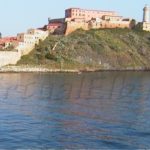 A historical itinerary inside Portoferraio that visits: Stella Fort, Falcone Fort and Napoleone’s Windmill Villa, all close to one another and from which there are beautiful views of the bay of Portoferraio and its surrounding parts. 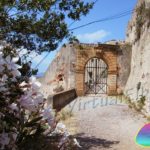 Falcon Fort (Portoferraio) was built in 1548 by the Medici as a defense from the continuous pirate attacks. The interior is terraced and very spacious, with numerous stairs and sub-passageways. 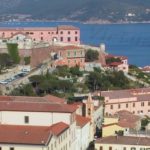 Stella Fort is a part of the imposing fortification desired by Cosimo dei Medici as a defense from pirate attacks.

The Windmill Villa is located between Fort Stella and Fort Falcon and is thus called because of the previous presence of old windmills.

The Castle, formerly called Monte Veltraio is of hexagonal plan, was built around the year 1000. 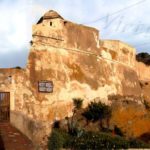 The Fort Focardo, still owned by the military, was built in 1678 by the will of Fernando Fascardo, viceroy of Naples, and designed by Alessandro Piston, engineer of the Tuscan State Capitol. 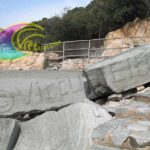 Another resource is made from marble stone Cipollino Elba, marble veined species, unsuitable for construction of statues, with streaks of color ranging from light green to dark green striped with black. 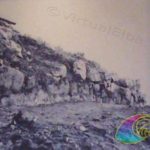 CASTLE on the MOUNTAIN at Procchio

The modest hill of Castle on the Mountain, immediately behind the Procchio Bay, overlooking the south coast of Elba and offers a convenient location for the opposite inlets control, dominating the plain south of Marina di Campo. 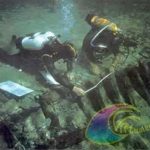 The WRECK of PROCCHIO, the Roman ship sank on Elba

In 1967, a storm brought to light the wreckage, in the north east of Procchio (La Guardiola Gulf), Procchio Relitto Nave Romana the remains of a small Roman cargo ship in good condition.