Island of Elba » Tourist Itineraries » History » Castle of the Volterraio

Castle of the Volterraio, formerly called Monte Veltraio is of hexagonal plan, was built around the year 1000,

at the point where probably a pre-existing structure of the Etruscan era rose. The fortress was renovated in the 13th century, on a probable project by Vanni di Gerardo Rau, to adapt it to the defensive needs of the time. Castle of Volterraio
Elba Volterraio Castle located at the highest point of the hill In 1544 the fortress suffered the siege of Khayr al-Dīn and later, in 1553, by Dragut.

The military architectural complex carried out wide-range sighting functions along the northern coast of the island and towards the sea in front; when the area became part of the Grand Duchy of Tuscany, the fortress was integrated,

although located in an isolated position, with the defensive system that was set up by the Medici in the heart of the town of Portoferraio.

The complex continued to carry out its functions Il Volterraio
Elba Castello del Volterraio located at the highest point of the hill even in the eighteenth century under the Lorraine, to then become a garrison of Napoleon’s troops at the end of the century. The Castello del Volterraio was abandoned in 1798 after the insurrection against the French military which led to the semi destruction of the complex.

The Castello del Volterraio has been recently renovated and can be visited
by booking at Info Park Tel. +39 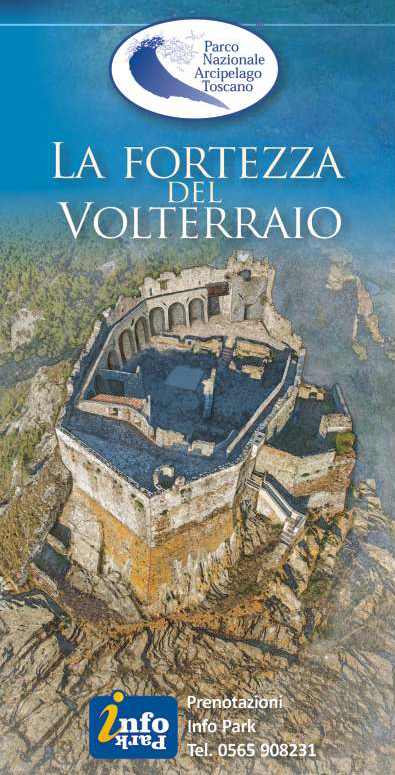